I have had the distinct privilege of deejaying the Royal Father Daughter Ball at the Grand Sierra Resort's Summit Pavilion several times now and it is always one of the highlights of my year. I am a huge fan of father-daughter dances during wedding receptions- they are so heartfelt, personal, and memorable for everyone involved. Imagine that same joy multiplied by 1200. That is the Royal Father Daughter Ball. 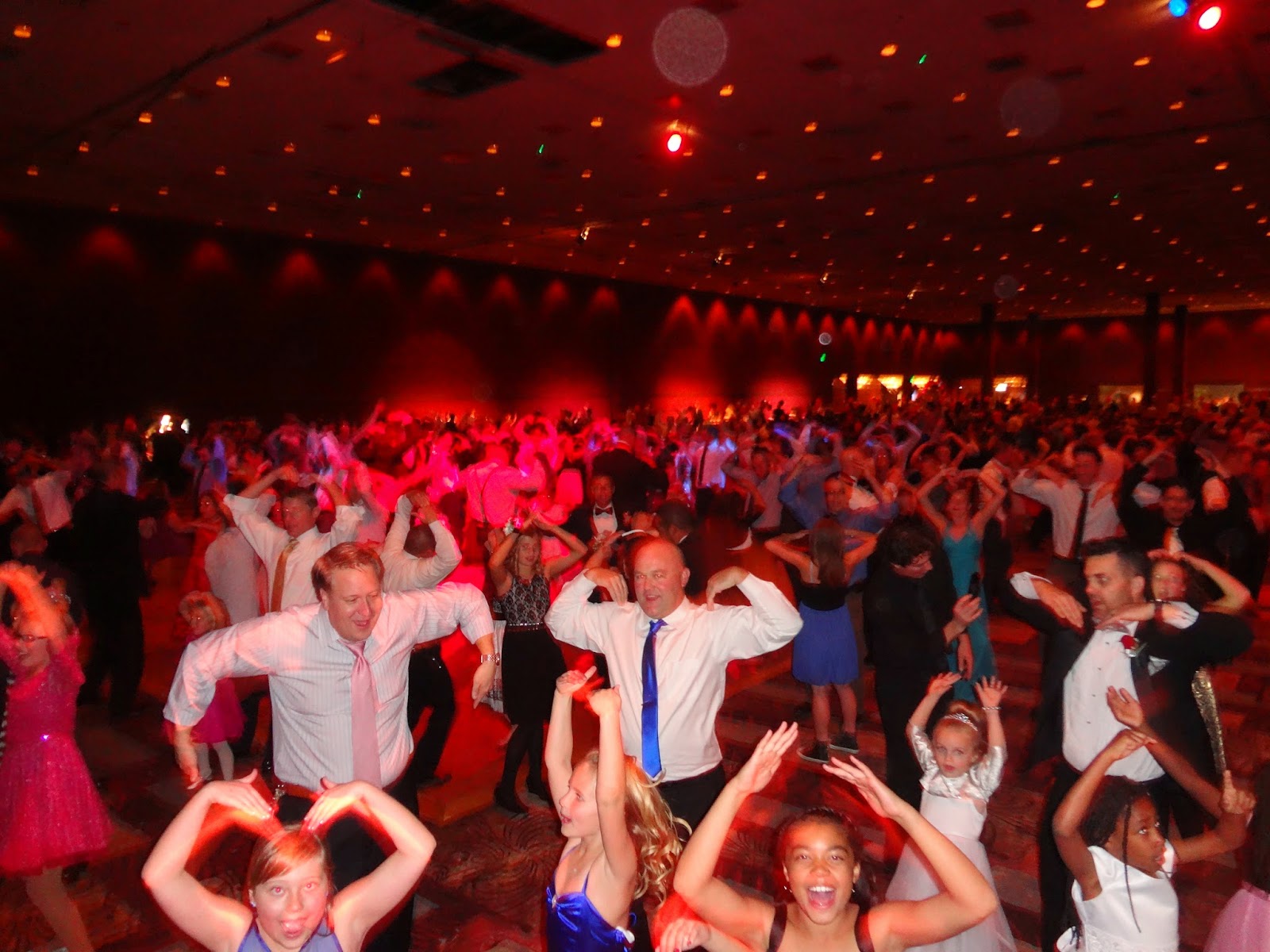 This year, my daughter, who has attended previously as a participant got to try her hand at spinning the tunes and being the MC (with a little guidance from me).  She did a great job, and I think she even scratches better than her old dad!  It was nice to see all the fathers & daughters dancing to songs that a father and daughter were playing. She played everything from Psy to Ylvis to Meghan Trainor interspersed with slower, Father-Daughter style songs like "Cinderella","My Girl" and "Butterfly Kisses". As always, the number of requests exceeded the time we had to play them, but we put a huge dent in the request list. If you have never attended the Ball, here's what goes on. There are a hundred or so tables set up, as well as two large dance floors and many daughter-friendly appetizers and treats on side tables. Every one of the 1200 dads & daughters are dressed to the nines- some dads were even in tuxes or uniforms.  In the front of the ballroom, farthest from the dancing are backdrops manned by the amazing folks at Zinser Photography who capture professional portraits of beautiful daughters & proud dads so they can always remember their special night. Zinser Photography has been doing the portraits at the Ball for years and they are great to work with and their photos live up to the specialness of the evening. My daughter and I got ours taken right before the doors were opened to everyone. 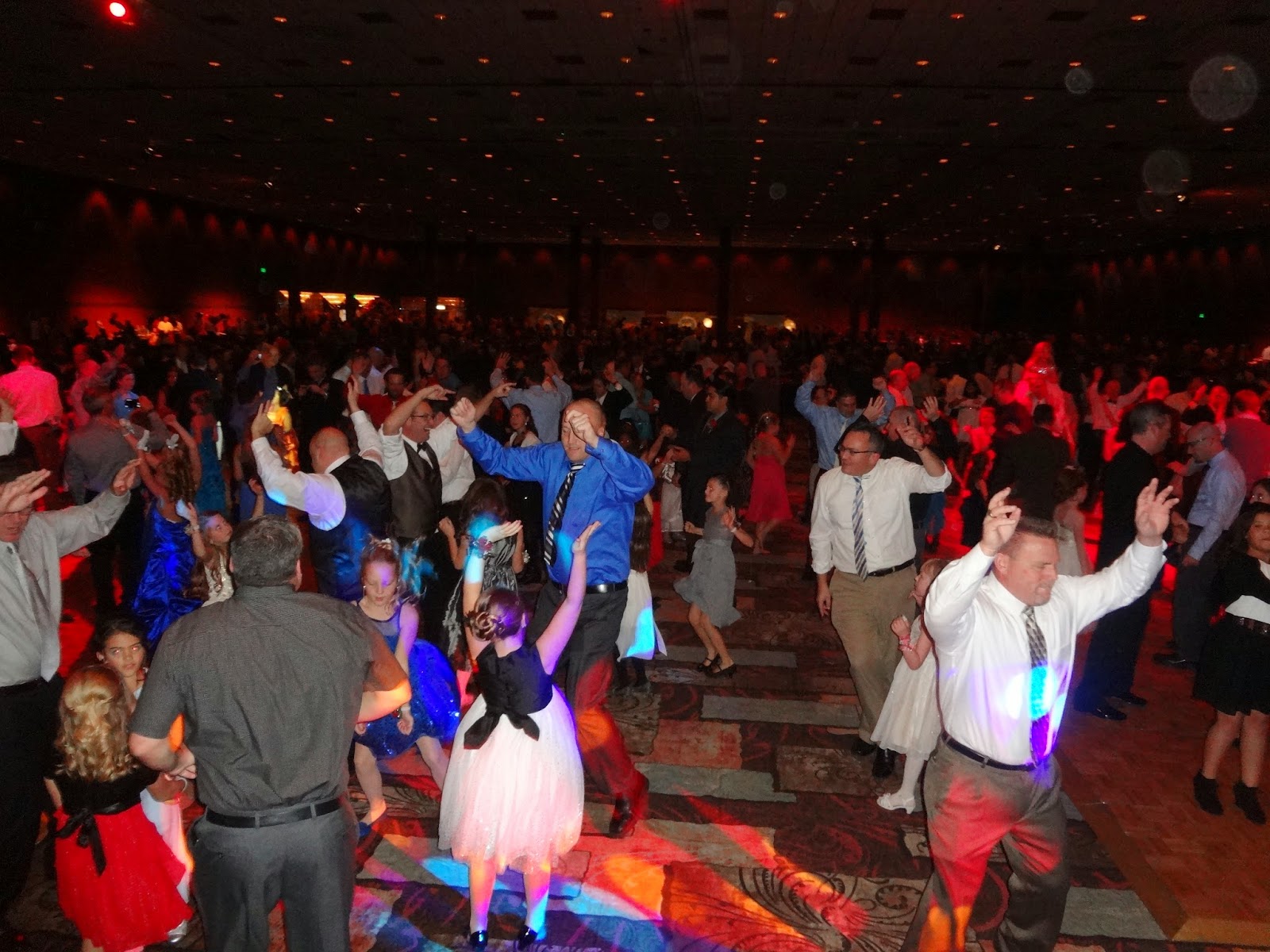 On the sides of the room are photo booths provided and manned by Carson Tahoe Reno Photo Booth and they are very popular throughout the night. I see girls clutching and comparing photo strips all throughout the evening, and the people at CTR Photo Booth do a great job making each girl's experience fun and memorable.

There are raffle drawings every 20-30 minutes with items that are definitely geared towards the girls. They had art kits, iPhone decorators, and other creative prizes as well as one goodie bag of dad friendly tools. They aren't trips to Disney World or iPads or what have you, but they are exciting for the young ladies, and all the proceeds from the raffles and the admissions go to a scholarship fund at TMCC, so it is a win-win. 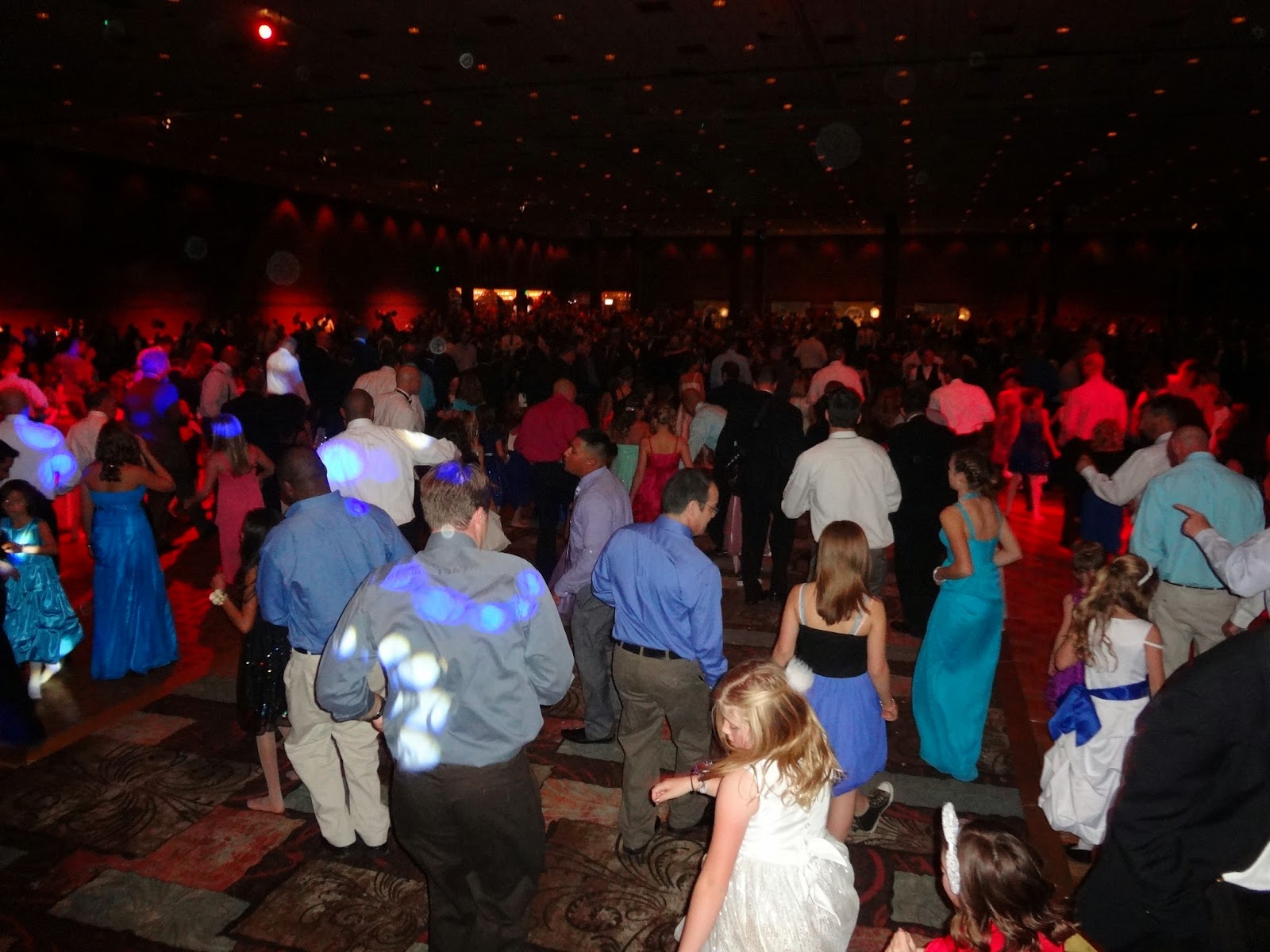 The dancing starts from the moment they open up the doors to the ballroom and doesn't end until the very last moment. The songs are gone through by yours truly to make sure the lyrics and content are all acceptable to kindergartners through middle schoolers. I vary the playlist quite a bit, from a few 60's fun songs to songs from today to all of the group dances that they especially love. Nothing like a thousand people doing the "YMCA" or "Cupid Shuffle" at once! The most requested artist this year was Taylor Swift with the song being "Shake It Off" but I think the best moment of the evening was when my daughter played "Let It Go" from Frozen. The whole room stopped whatever they were doing and every little girl (and quite a few dads) sang every word and made every gesture. Very cool! 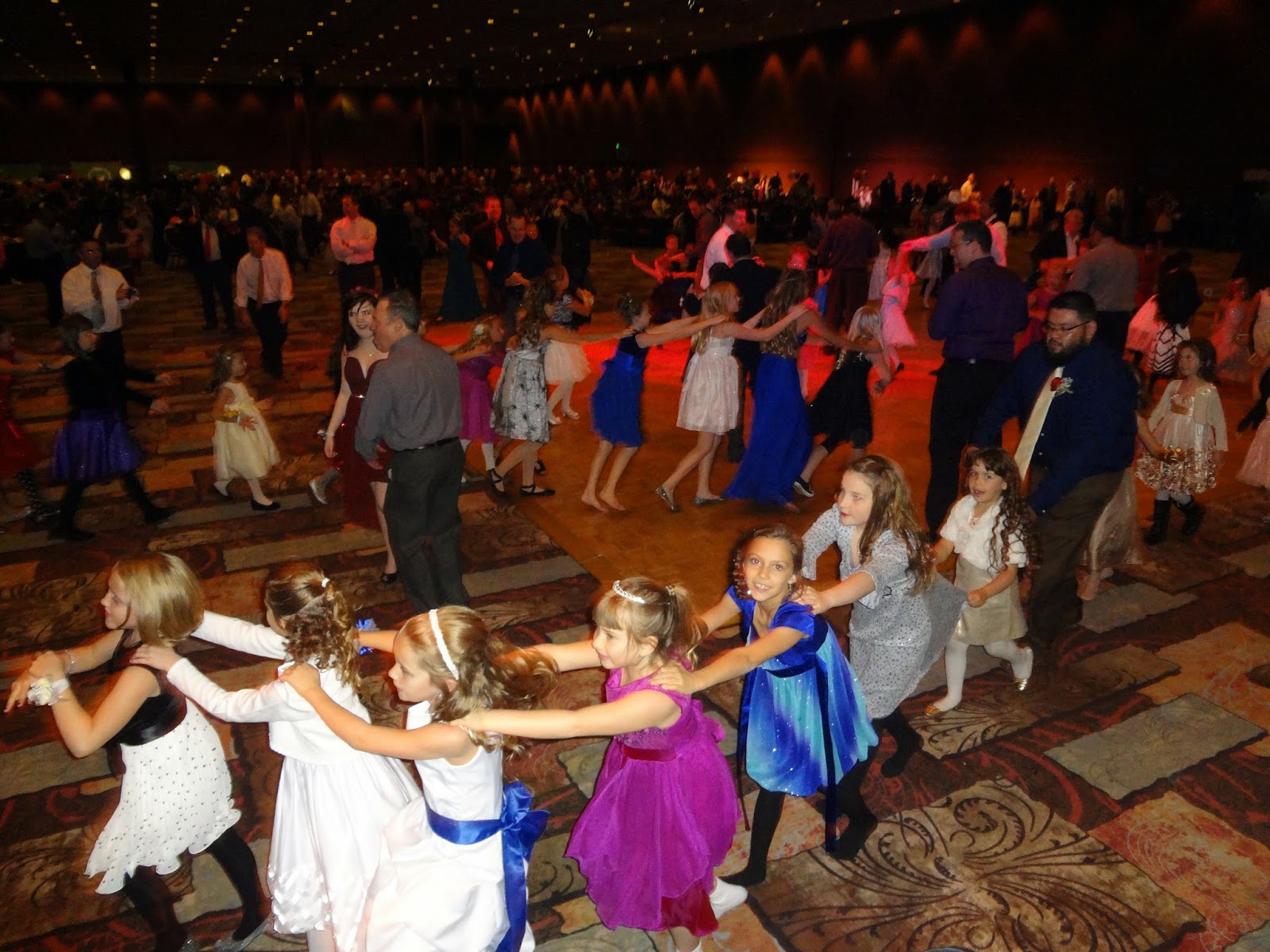 Once again I was so honored to be a part of the Royal Father Daughter Ball. Thanks to everyone at TMCC for the elegant soiree they put on for such a great cause. Thanks to the GSR for doing a great job with the room and food & drink. Thanks to all the daughters who danced and danced and danced. Thanks to all the dads who made it a point to create such fabulous memories with their daughters- something they'll remember fondly for the rest of their lives. Thanks to Evan and everyone at Zinser Photography as well as Mike and everyone from Carson Tahoe Reno Photo Booth. Both operations are top-notch. Finally thanks to my daughter with whom I shared some indelible memories both behind the mixer and on the dance floor. 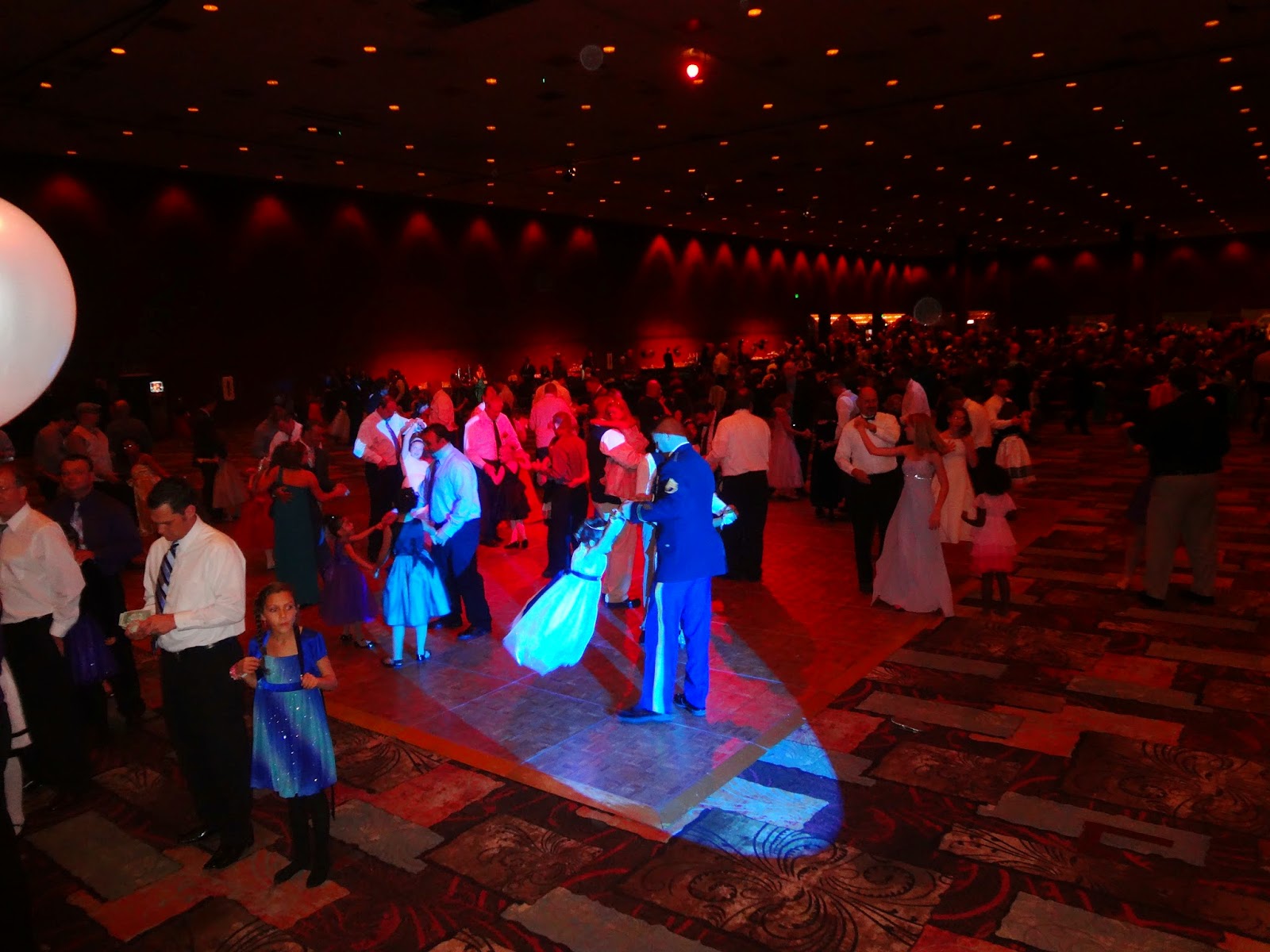 Finally, dads, grandfathers, guys...  Don't pass up an opportunity to have this experience with your little girl. It's something you cannot put a price tag on and they sell out every year. Start looking for the chance to buy tickets this upcoming summer- you won't regret it!