Every so often I get a chance to go back to Southern California and deejay at some of my old stomping grounds. While I am getting close to 200 weddings up here in the Reno/Tahoe area, I began being a part of people's special days down in San Diego and I have been privileged to be a part of well over 500 weddings down there over the years, as well as hundreds of other events.
When I had the chance to be a part of Daniel & Alexis' big day this summer, they hadn't yet decided on a venue. Daniel serves our country as a member of the Coast Guard and I mentioned the fact that the military bases have gorgeous clubs with great deals for active and retired service members. The venues are often on prime real estate with million dollar views but at very reasonable rates- rates that could give them a lot more leeway in their budget.
My favorites in the San Diego area are the North Island Officer's Club, where they filmed "Top Gun" and which has expansive views of the beach, the Pacific, and the Coronado Islands offshore; the Sub Base, where you are right on the bay looking at North Island, sailboats, and the occasional nuclear attack submarine; and finally the Admiral Kidd Club which sits right in the middle of San Diego Bay overlooking the skyline and all the activity on the water. There are other great military venues- officer and enlisted clubs at Miramar, Camp Pendleton, and MCRD, but for unforgettable views these three are far and above my favorites.
Daniel & Alexis decided on the Admiral Kidd Club- great choice! I have done probably two dozen events there over the years, from weddings to holiday parties, to Fleet Receptions. It has several spaces and a gorgeous lawn overlooking San Diego Bay. My least favorite space at the AKC was the Skyline Room upstairs- it was paneled in wood, somewhat dark, and the wooden dance floor was probably put in during the 40's or 50's and it made my vinyl skip sometimes on my turntables when I had a large, enthusiastic crowd. I developed special padding all those years ago specifically for this room, which worked well for other wooden floored venues and even on ships and boats. Now, with my catalogue all digitized, skipping records is no longer an issue, but I still wondered about the look of the room, especially for a day wedding like Alexis and Daniel's.
I arrived on a beautiful Saturday morning and began setting up outside for the ceremony.  When I started moving equipment inside, I found, much to my delight, that the room and indeed the entire Club, had been renovated in the 13-14 years since I had last played there. The building and the rooms within all are updated, lightened, and even the electrical outlets were replaced with modern circuitry. What a great renovation! I spoke with a server I remembered from all those years ago who is now a Banquet Captain, and she showed me the changes and is very proud of her venue. I had to agree. I loved the place before, and it is even better now. The food and service was as good as I remember as well. If you are planning a wedding down in San Diego and are a veteran, active duty, or have a retired service member in your immediate family, I can't stress enough the benefit you can take advantage of in these Clubs.

The ceremony took place overlooking San Diego Bay, with Phil the officiant giving some great advice and solemnity to the nuptials. The bridal party entered to Canon in D, while Alexis chose the traditional Bridal March by Journey keyboardist Jonathan Cain for her entrance. During the ceremony, Bree, a bridesmaid and Daniel's sister played "How He Loves" on her guitar while the guests sang along (with lyrics printed in the program). Bree is in high school, but her talent and maturity are well beyond her years and everyone loved her rendition.

After pictures the bridal party and newlyweds arrived upstairs, joining the guests and being introduced by yours truly while Lifehouse's "Halfway Gone" played in the background. A benediction & lunch immediately followed with a pair of buffet lines expertly prepared and filled with food by the Admiral Kidd Club. Another observation about the military clubs- their food is great! Much better than most of the hotels and substantially more reasonable. The servers are all as efficient and friendly as I remembered as well. It was a great group working there back when I was there often, and it remains so today.

Toasts, then dancing ensued, with Bree once again exhibiting her many talents, singing and playing the guitar for her brother and new sister-in-law. Alexis then danced with her dad Abel to "Angel" by Casting Crowns and halfway through their dance I invited all the fathers & daughters up to share the moment with them. Likewise when Daniel danced with his mom Laura to Mark Harris, the other moms & sons joined them halfway through as well.  I love when the brides & grooms do this!  Everyone will remember this moment even more than ever by Daniel & Alexis' gesture.

The Money Dance soon followed, as did the cake cutting, Anniversary Dance and the Bouquet & Garter tosses. I loved the fact that Alexis had input into the song selections that reflected her experiences overseas and with her friends. It really made the afternoon that much more special.


It was a gorgeous afternoon with great people and a happy bride and groom. Not a bad way to spend a Saturday down in San Diego!  Thanks to everyone at the Admiral Kidd Club and thanks especially to Daniel & Alexis for allowing me to participate in their day. Congrats you two! 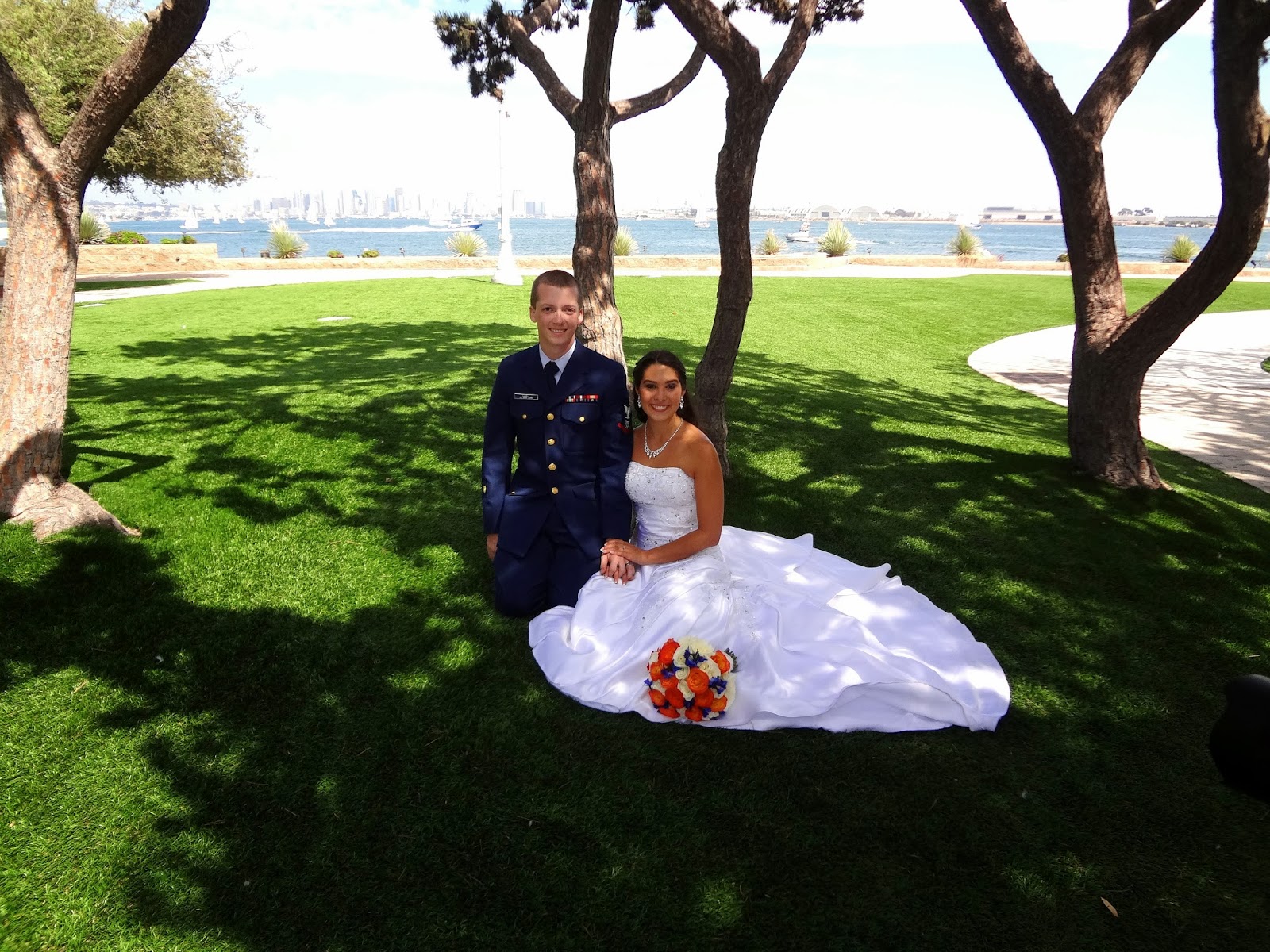